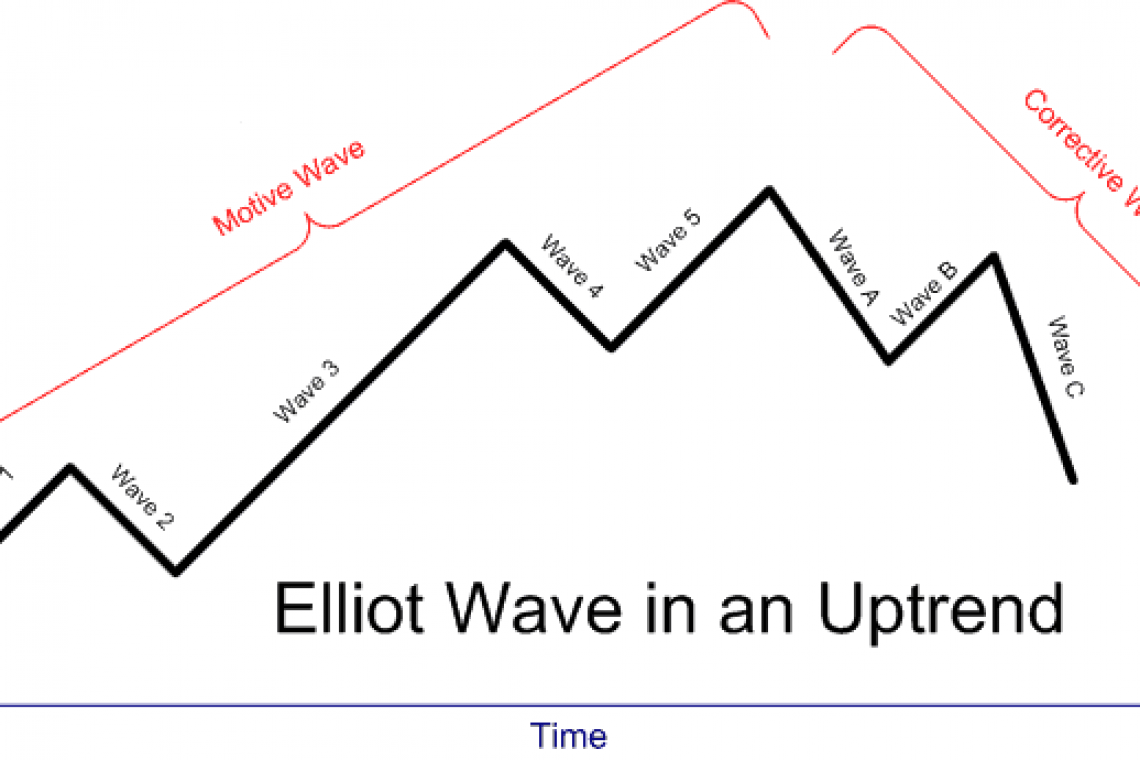 In his research Elliott has stumbled upon a variety of the markets waves and patterns. And today we are going to look at one of those. After all, after having learnt trading patterns the time has come to take on something more difficult.

So, one of the example of the Elliott wave theory are the impulse waves.

Impulse waves are the movement of the graph which are coinciding with the underlying trend. Impulse waves can also be found as a part of discussion on downtrends.

Essentially you can find impulse waves anywhere, although they are pretty good in prediction of the further stock movements.  In the picture you can see impulse waves under the numbers 1, 3 and 5. In this case they reflect the overall mood of the markets, which in this case is bullish.

We see that the wave under №1 indicates the overall mood and movements of the market which is the uptrend. The up movement is cause by a group of traders suddenly deciding to help the asset to go up.

Wave 2 – the downfall – is caused by the tiredness of the initial group of people with the said asset.

With the third wave kicking in, the asset has probably attracted the attention of a broad trading public. This wave is usually the longest and takes far more time to develop than the previous two, perhaps even combined.

The next down movement comes from traders fearing the reversal of the trend as the price for the asset moves higher and higher. Trader take profits and the asset loses the points.

Wave 5 is caused by the hysteria and traders buying on the lows. At this points people start praising the management of the company for their efforts. But we know the reality now – they did noting, it is all traders’ work.