Germany will invest even more to safe the environment 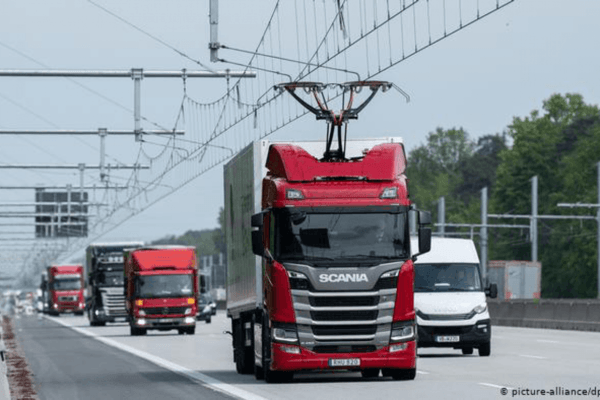 Just this week on May, 7 Germany finally saw the result of the latest investment.

Finally, Germany, a country that is fighting for the cleaner environment can say that it is one of the pioneers in search and fight against the gasoline cars. After all the fist electric autobahn was opened yesterday.

14-kilometers long, the piece of A5 autobahn that is connecting Weiterstadt and Mörfelden-Walldorf cities is now equipped for the electro trucks of different companies and conglomerates. It is said that until the middle of 2020 5 trucks with both diesel and electro engines are going to be following the road on a daily basis.

Federal Ministry of the Environment, Nature Conservation and Nuclear Safety of Germany invested around 14.6 million euro in the project. It is also supports by Darmstadt University, Siemens Mobility and ENTEGA.

Trial for the autobahn is not going to be concluded up until 2022. Additional 15.3 million euro are going to be invested into the trial.

Additional amount needs to be invested into the development of the trucks themselves. That is going to cost Germany 70 million euro.

10 movies to invest your time in on a we

7 remodeling tips you need to invest in