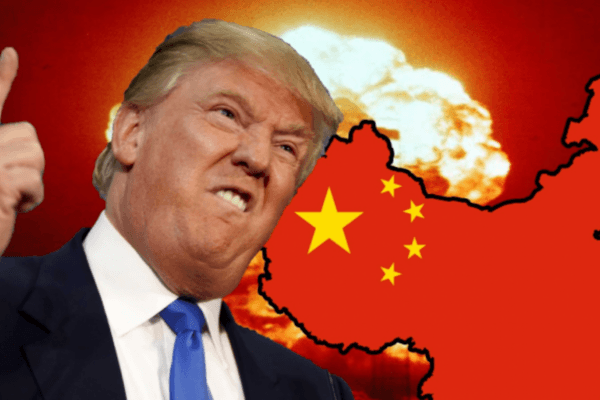 Even though the entire world is waiting for it to happen Donald Trump says that there is still a possibility that trader tariffs which are now imposed on China and which have cause quite a stir in the end of last year are going to be kept on as trade talks between the two biggest economies of the world progress.

It is now clear that Trump wants to use trade tariffs as leverage in the future talks.

Although right now influence of trade tariffs is not as obvious as it was when they were first imposed last autumn, Chinese economy is still suffering because of them. And what is really interesting is that so does the American one. It seems that Trump’s knowledge of world economy is very limited as he clearly didn’t anticipate that the tariffs are going to come back and bite States.

Will Trump budge? Well, that is the question of time. it seems that American people are very close on the verge of pushing for his impeachment, although the fact that no President in the whole history of the United States was impeached, leaves us to wait for the end of his presidential term and another election which is going to happen in 2020.
Twitter
Twitter
Facebook
Pinterest
Linkedin
Google plus
Tumblr