Statistics: in many rich countries, the coronavirus has already passed the peak mark 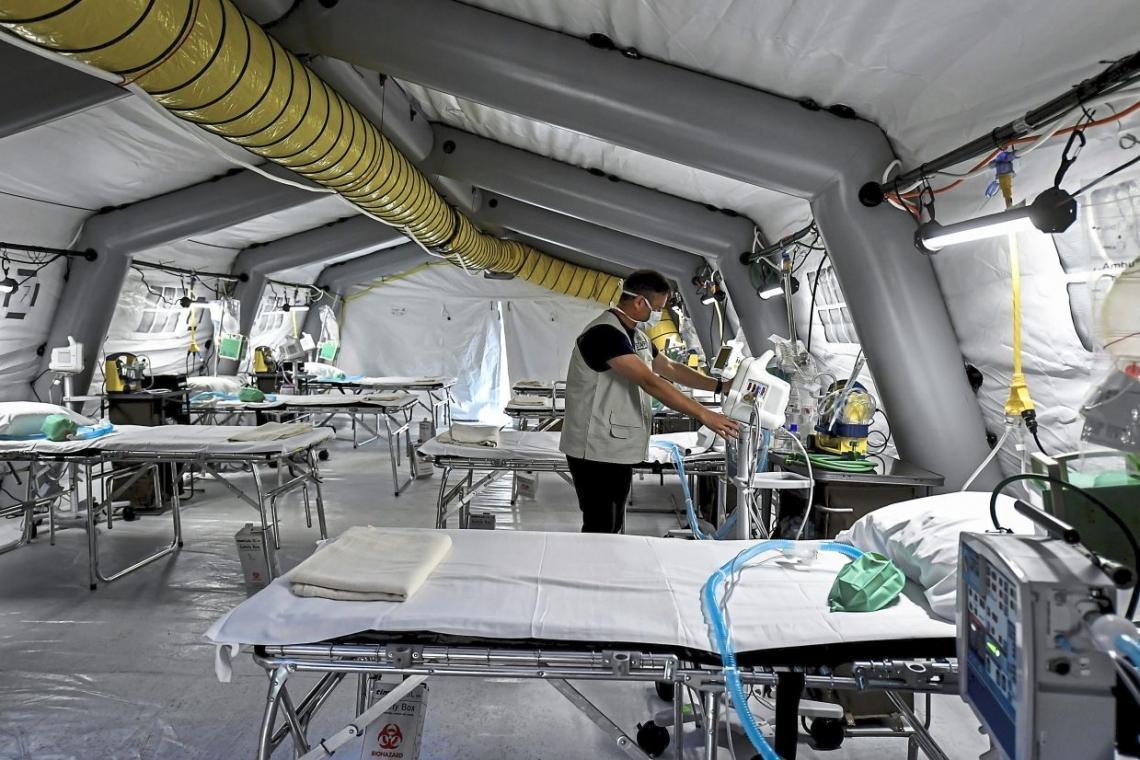 But the fight to control the pandemic is likely to be a long and slow one.
Never before has a simple chart affected so many people. As the novel coronavirus spread across the world, the country after the country introduced restrictions on travel and social interaction in an effort to “flatten the curve” of new infections. Such efforts resulted in mandatory lockdowns for some 3.9bn people in 92 countries by April 8th, according to data compiled by the Blavatnik School of Government at Oxford University.

Those restrictions are starting to be eased. This week Spain allowed some factories and construction workers to go back to work. Austria permitted some non-essential shops to reopen; Germany will do the same next week. Denmark reopened primary schools and nurseries after over a month of lockdown. Italy has permitted some small shops to re-open in parts of the country.

Timing the process is tricky; countries want to make sure that infections are decreasing convincingly before ending lockdowns. One problem is that countries have adopted vastly different testing regimes, so may have only imperfect information on the prevalence of the virus. Britain, for example, has tested just 341,000 of its citizens to date; Germany, a country with just 23% more people, has tested 1.7m, or more than five times as many. 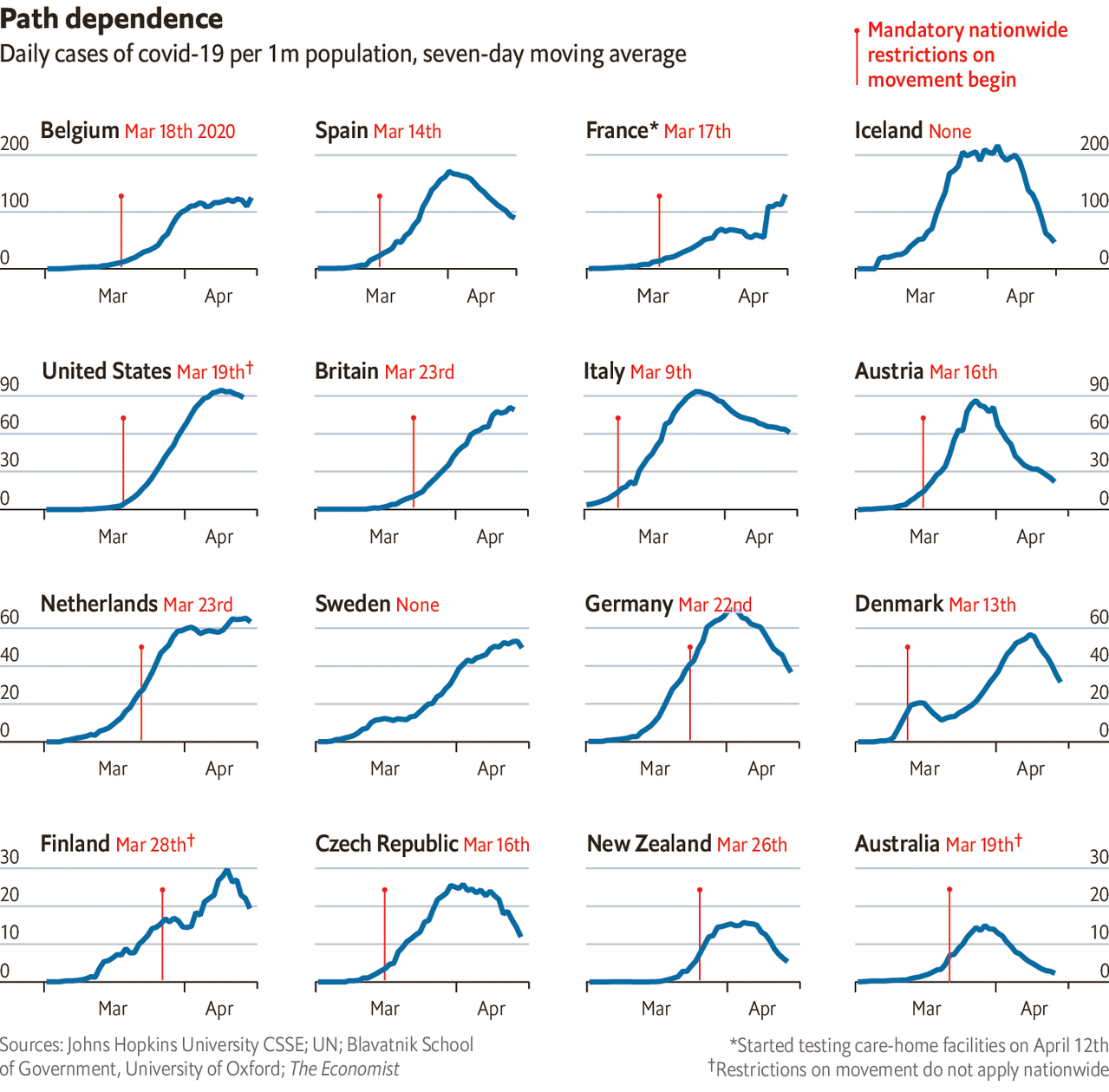 Even so, counting the number of confirmed new cases can provide a leading indicator of where a country’s epidemic is heading, assuming that testing systems remain more or less constant. Our charts above are smoothed using a seven-day moving average and are adjusted for the size of a country’s population to allow cross-country comparisons, imprecise as they may be. Using the Blavatnik School’s data, we define the start of lockdown as the moment when restrictions on travel become both mandatory and countrywide. Iceland has restrictions on social gatherings but not on movement.

Although a country’s absolute levels of infection by this measure may be unreliable, the shape of its epidemic curve is telling. Some countries appear to be past the worst. Of the 16 rich countries shown in the chart above, ten show decreasing rates of new infections following a clear peak. In Austria, new cases topped out three weeks ago and the current rate of infections is now 80% below the peak. In Italy, which has suffered more than 22,000 deaths (the highest in Europe), new infections peaked on March 26th, but have fallen by only 35% below the peak.

For the countries in our sample, lockdowns have already been in place for about a month. But the fight against the coronavirus is likely to be a long one. Where new infections have peaked, they have done so some 15 days after lockdown, on average; some are still rising. The maximum death tolls come some weeks after the peak in infections. And bringing the infections under control will take longer still. Until there is a vaccine or a drug to kill the coronavirus, a resurgence of the epidemic will be an ever-present danger.
Twitter
Twitter
Facebook
Pinterest
Linkedin
Google plus
Tumblr

To battle the new coronavirus, more than

Armies are mobilizing against the corona

Coronavirus forced startups and many oth

South Korea's fight against the coronavi

After the Coronavirus crisis, the world