What impact has the pandemic had on American consumption levels? 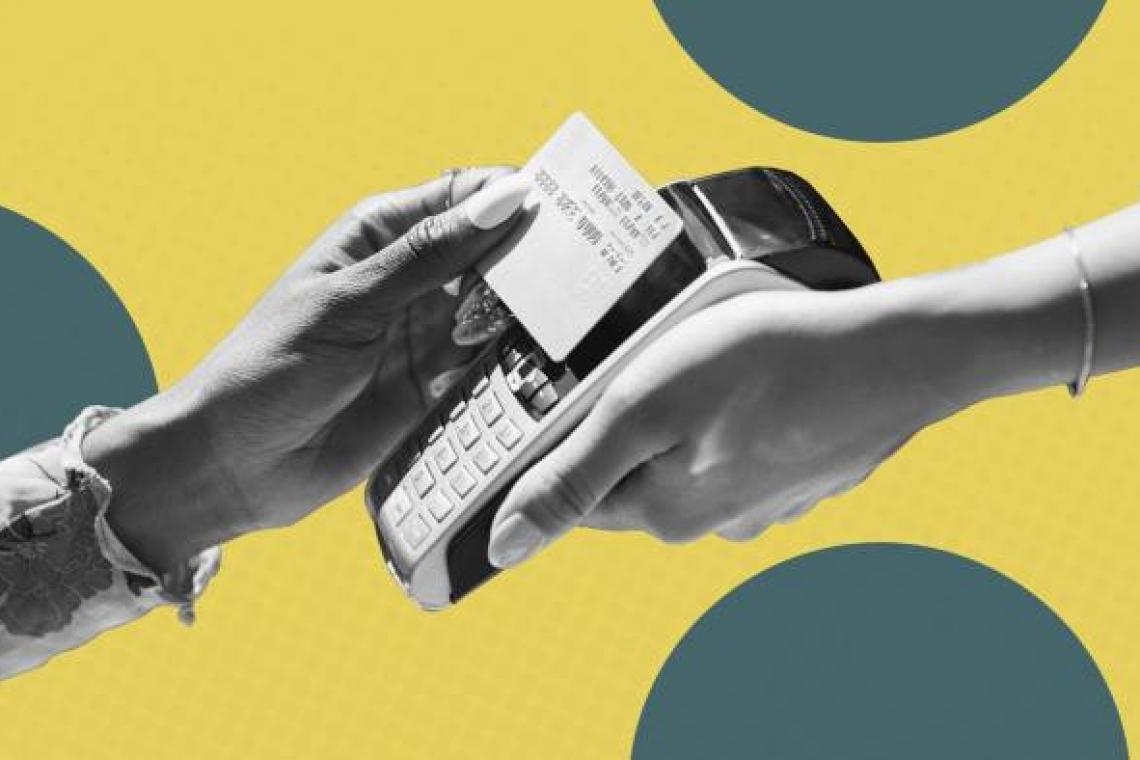 A stockpiling splurge in early March has given way to penny-pinching. During the early days of the COVID-19 pandemic, American shoppers raided the aisles of supermarkets and pharmacies as if they were preparing for the apocalypse. Retailers such as Costco and Walmart were so swamped they began limiting the number of customers allowed into their stores. Today, with stay-at-home orders in effect for 300m Americans in more than 40 states, the early rush to stock up seems to have subsided.

That is one of the findings of a new paper by a team of five economists at American and Danish universities. Using data on purchases of goods and services (excluding mortgage payments, rent, and utility bills) from a money-management app, the authors examine how the spending of 4,735 Americans has changed for the pandemic. Being users of such an app, the sample is probably younger than the population as a whole. 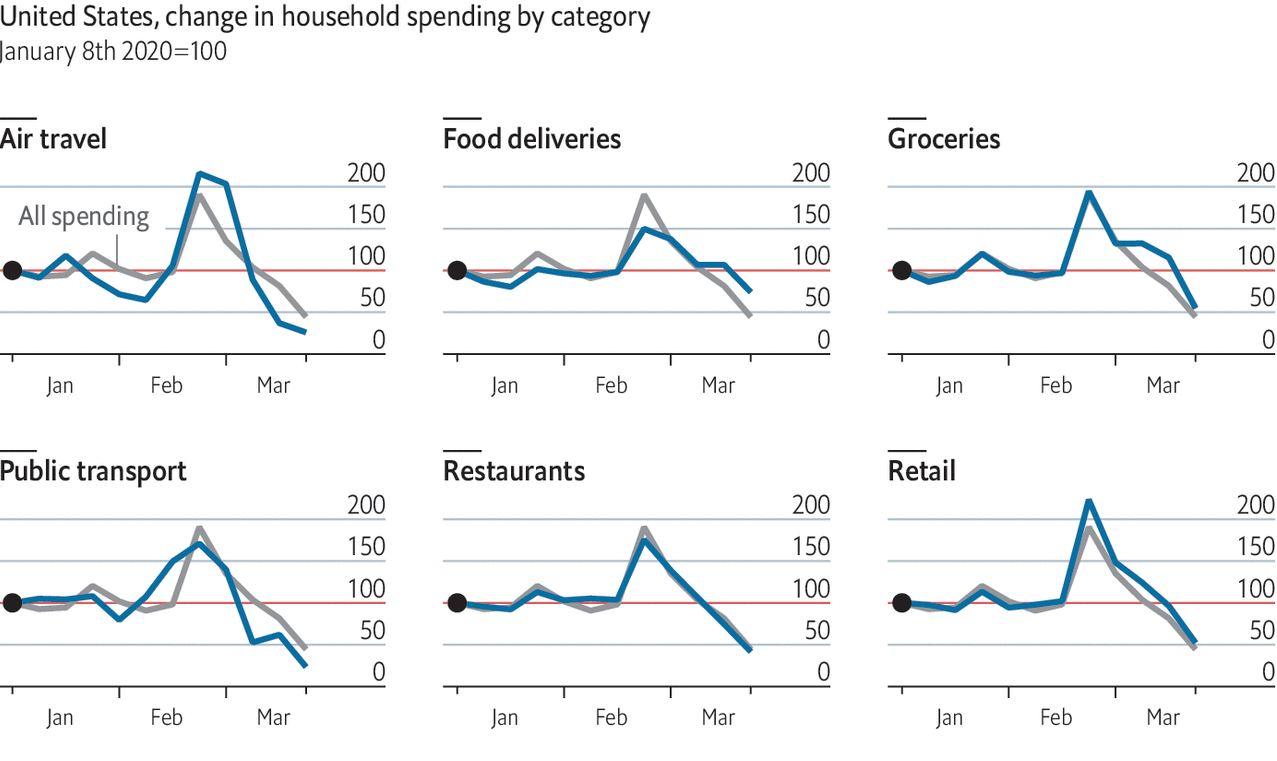 The researchers found that in the last week of February, as social-distancing measures were first rolled out, the consumers in their sample increased their spending by 94% compared to a week before. Expenditure on air travel soared (presumably, as people rushed to get home) and shoppers stocked up on groceries and other goods. Yet spending rose even for non-essential goods and services, such as restaurant meals. By late March, as more states and cities ordered residents to stay at home, spending collapsed by more than 75% from its February peak, declining most sharply on flights and public transport. The amount spent on air travel fell by 88% between the end of February and the end of March. Perhaps unsurprisingly, overall spending fell about twice as far in states that enacted lockdowns than in those which did not.

Consumers did not react uniformly to social-distancing guidelines. Households with children spent more than other households in the early days of the pandemic but later cut back twice as fast as those without, perhaps because parents were less inclined to venture out with their kids. Men seemed more reluctant than women to change their behavior. They didn’t stockpile as much in the early days of the pandemic and reduced their spending by less as restrictions began to bite. Some households may have prepared for the lockdown by taking on more debt. The researchers found that at the end of February credit-card spending rose by more than 60% in a week, on average.

Americans’ appetite for spending remains low. The University of Michigan’s index of consumer sentiment recently recorded its biggest slump since 2008. Spending could pick up in the coming months just as quickly as it fell, in a “V-shaped” recovery. But this may be wishful thinking. Even if Americans do emerge from lockdowns ready to splash the cash, they will have plenty of canned food to finish first.
Twitter
Twitter
Facebook
Pinterest
Linkedin
Google plus
Tumblr

What habits stay in the way of your succ

Trending markets - what are those?

Range-bound market. What is that?

What currencies are you to turn your att

What fundametals influence the value of