Politics Anna 17 January 2020 Hits: 1591
The impeachment of President Donald Trump officially began on Thursday, January 16 in the US Senate.

The chairman of the impeachment group, Congressman-Democrat Adam Schiff, read both of the allegations against Trump: abuse of office and obstruction of Congress, "Donald J. Trump has abused the powers of the presidency in that using the powers of his high office, President Trump solicited the interference of a foreign government, Ukraine, in the 2020 United States presidential election," Schiff said, noting that Trump was forcing the Ukrainian government to interfere in the upcoming US presidential election and thereby violated the presidential oath. 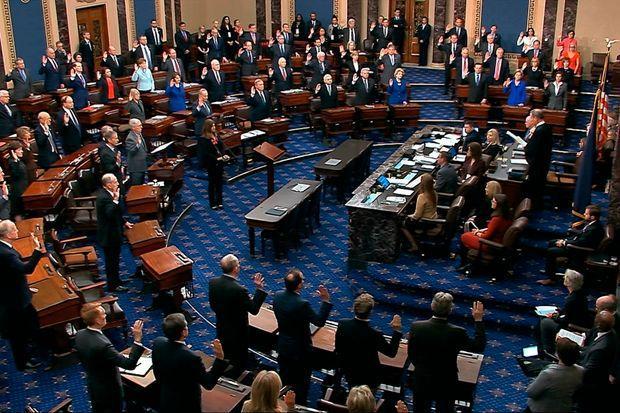 Later, according to Schiff, Trump interfered with the House of Representatives during the investigation of the case.

President pro tempore of the United States Senate Chuck Grassley was sworn in by Supreme Court Chief Justice John Roberts, who will preside over the Senate impeachment trials. Roberts himself does not have the right to vote. Trump's impeachment decisions will be taken by 100 senators who will serve as jurors during the process.

The trial of specific allegations against Donald Trump will begin on Tuesday, January 21st. Democrats accuse the President of seeking Ukraine to investigate his likely rival in the upcoming presidential election Joe Biden and suspending $391 million in military aid to Ukraine in order to put pressure on Kyiv.
Twitter
Twitter
Facebook
Pinterest
Linkedin
Google plus
Tumblr

What's new with US impeachment?