Of course the world already knew that American leader was pretty unstable and that it is better to leave him to his business rather than make him actually decided political fate of the most powerful country of the world, but the thing is that it is impossible to keep president off of doing official business.

Remember last year, how proud Trump was when got to be the first president who met with north Korean leader Kim Jong un? It was a proud moment for the President and a lot of people saw that as a sign that North Korea is finally ready to talk peace and quiet in the region. But the second summit that took place this Tuesday and Wednesday proved to be a disaster. 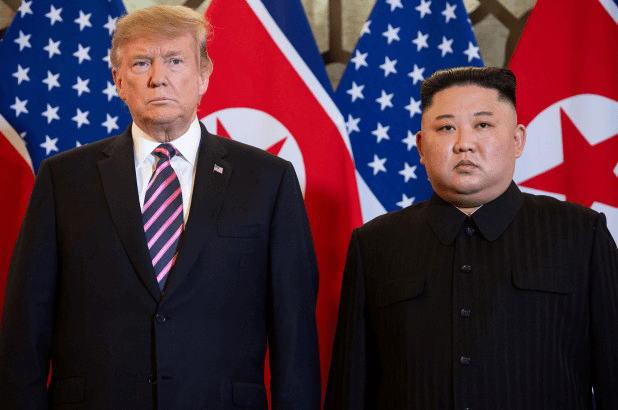 We will never know what went on behind closed door there, but for some reason North Korean leader has stated that North Korea is not to keep on with the dialogue and will do as the leaders of the country see fit no matter what is said by the United States.

Although Trump seems like the most arrogant person in the world we all know for a fact that he is very unhappy with the job he has. How do we know it? HE SAID IT HIMSELF!

Anna
Author
Plus, there is another blow for Trump coming from inside the United States right now. Former lawyer o Trump Michael Cohen gave testimony in front of a senate and the things the former ‘loyal’ in his own words Cohen turned on Trump saying a lot of bad stuff about the American President.

Well, Trump is racist, misogynistic, bigot and a pathological liar. What else is new? I would argue that the world already knows about that. We are all seeing his behavior and hearing his statements. It seems that the only person he is loyal to is himself.
Although Trump seems like the most arrogant person in the world we all know for a fact that he is very unhappy with the job he has. How do we know it? HE SAID IT HIMSELF!

All and all Trump seems like the worst President for America at this moment. A moment in history when people cherish unity, kindness and understanding a person who is only dividing everyone IS the worst choice possible.

We can only hope that America is going to take a grip and vote correctly, so that the rest of the world is not suffering from the unstable leader.
Twitter
Twitter
Facebook
Pinterest
Linkedin
Google plus
Tumblr

Americans are not rallying around Donald